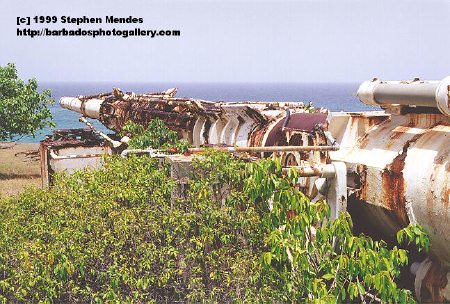 HARP (High Altitude Research Project) was a research project of Dr Jerry Bull who, at the time (1963), was on the staff of McGill University. McGill University has had a long standing relationship with Barbados, both as regards accepting Barbadian students to study in Canada (I attended McGill briefly, 1955-56), and hosting university research projects (Belairs Research Institute, St James, is a continuing example of this relationship).

The objective of HARP was to launch projectiles into space, at comparatively low cost, using a conventional artillery piece. This objective was achieved at HARP, one projectile reaching a height of nearly 100 miles from the earth. Whenever the gun was fired at Paragon, Christ Church, a tremor could be felt in most of the southern parishes ~ in 1963 I lived in Collymore Rock, St Michael, and can clearly recall feeling such a tremor, and hearing the sound of the gun’s discharge, on several occasions.

The cost of the project, at first underwritten by McGill University, was later absorbed by the US military. The project was terminated in 1974 and the guns abandoned at Paragon. Dr Bull continued his work regarding development of large artillery pieces and was later implicated in a clandestine attempt to supply such an artillery piece to the government of Saddam Hussein. This attempt was prevented by international action and Dr Bull was later assassinated in Belgium ~ thought to have been an action of Israeli secret agents. 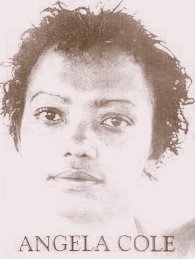 On March 30th 1990, Dr. Gerald “Gerri” Vincent Bull had a gun full of bullets unloaded in his body and head outside his apartment in Uccle, an exclusive area of Brussels. In 1994, four years after his death, the Central Intelligence Agency (CIA), fronting for the National Security Council (NSC), in an effort to cover–up for those who are responsible for his murder, released the news that Gerri, my friend, was not the villain or culprit they had for the past twenty years held him up to the world as and for which the Democratic Government had jailed him for six months. They, they admitted, in a spirit of new honesty, had gone to him in 1975, him whom they had created an act of Congress to make an American citizen, the only man to be so hallowed besides Winston Churchill, and appealed to his patriotism.

Bull was the ballistician of the century as named by Jane’s Journal of Armaments and Defence, the foremost magazine in the arms world. When I met him in 1970 he was in Barbados across the runaway from my office at International Caribbean Airways in Seawell International Airport at his High Altitude Research Project (HARP)/ Space Research Corporation (SRC). Those were the days when the war for space was being fought and few people knew.

Bull, who received his doctorate from McGill at twenty-four, was the pioneer mind behind wind tunnels, rocket designs and ballistics. After, Gerri, a teenage student designed a wind tunnel to simulate the conditions which would have occurred when his uncle, a flyer during World War II, was shot down and killed over the English Channel the Canadian government Research and Defense Institute (CARDI) took this young man under their wing and developed his scientific talents. His lifetime idea and work was force, speed and trajectory. He was one of the only people in the world that had an idea of the mathematics behind high velocity physics – aerodynamically designed projectiles fired from barrel lengths, at tremendous speed and force, boosted with rockets, packed with electronics and Boom! Orbit! Satellites! Space Gun!

The largest gun Bull used, was in Barbados; the HARP gun. This was a prototype of the Space Gun and the forerunner of the guns of the future; from the hand-held Schwarzenegger Eraser electromagnetic rail gun that shoots through solid objects and with an X Ray motion sensor that locks on to the heartbeat; to the liquid gas gun at Lawrence Livermore Laboratories that forms part of the Strategic Defence Initiative (SDI), American’s attempt to protect the United States from attack by intercontinental ballistic missiles by controlling the space above earth, with just such a weapon as this that can hurl a projectile into space at an oncoming missile. The gun at HARP is recorded in the Guinness Book of Records as the longest firing gun; at vertical declination i.e. pointed upwards, it fired a projectile 200 miles into the skies above Barbados.

The Iraqi “Doomsday Gun” and ballistic innovations such as the base bleed shell, a patented over the counter shell, which makes a big gun fire one-third farther, are Bull’s creations. Bull changed the shape of shells to increase accuracy, and designed a gun that could shoot thirty miles and hit a target the size of a tennis court nine times out of ten.

And from our friend Stephen Mendes…

The story of the SPACE RESEARCH CORPORATION and H.A.R.P.
——————————————————–
In the mid-sixties, the Government of Barbados allowed the Space Research Corporation (SRC) to use Barbados as a base for it’s High Altitude Research Project (HARP) in exchange for the installation and maintenance of an advanced Radar system at the Seawell Airport (now the Grantley Adams International Airport).

Officially, the purpose of HARP was to develop an alternative method to launching payloads into space. The scientists were exploring the possibility of using large guns to fire objects into space… instead of the conventional method of using rockets.

The large gun could be heard over most of the island… and just a few miles away, our house began to crack in the walls from the shockwaves.

The SRC had to foot the bill for repairing or relocating homes close to the gun… but the small cracks that we had were never attended to… it was hard
to prove that they occurred as a result of the gun.

At least one young Barbadian, Michael Howard, a brilliant physicist attached to the project… died at age 33 from cancer, believed to have been caused by
radiation from the high-power radar used to track the projectiles. Safety levels were not yet established in those days.

A CIA investigation of the SRC revealed that they were involved in supplying armament and ordinance to the Apartheid regime in South Africa, contravening
the U.S. embargo in effect at the time.

Our government told them to leave the island.

Propping up the racist white regime in South Africa by secretly using OUR airport or the one in Antigua as trans-shipment points for their illegal
cargoes… they HAD to be expelled !

The wrecks of at least 2 aircraft and various artillery left behind by the SRC made this an exciting adventure for us…. I was fascinated by the remains of
the electronics equipment which we found in a cave ! (… continue reading this article here)

Barbados photographer Stephen Mendes for the photo of the HARP gun from his excellent website Barbados Photo Gallery.com

(Side note to Angela… we see and respect your copyright notice and are asking for your permission to quote brief passages from your works and to point our readers to your website. If you wish us to remove your materials and references to your site, just let us know and we’ll comply. Cheers, BFP Robert)