By Not Even Allowing Citizens To See & Debate The Proposed Constitutional Changes Beforehand, The Barbados Government Shows An Elitist & Dangerous Contempt For Citizens & Democracy. Why the Secrecy? Why The Rush?

We are witnessing history in the making. Well, actually, ‘witnessing’ is not the right word because Bajans are not allowed to look. But don’t worry though: our leaders are telling us that it is going to be alright and we know they would never mislead us.

The Nation’s headline yesterday ‘A Free Rein’ was a dead giveaway. Ain’t nothin be free in this world, with the possible exception of this blog…

It seems that the Government is going to amend our constitution next week. They intend to rush this through by taking the most unusual step of debating and passing the bill on Tuesday and then referring it to the Senate to be passed there on Wednesday. And right after that we will be treated to Owen Arthur’s presentation of the 2007 Financial and Economic Policy Statement. (Is there a coincidence here that we are missing?)

So we decided to take a look at this far reaching bill which will affect government and business affairs far into the future.

We went to the Barbados Parliament Web Site where they list “Bills and Resolutions Before the House”. Maybe the government put the proposed constitutional changes up on the web for all to see… Nope: Nothing, zero, no posting. We tried to Google it. Same result. Perhaps the proposed changes were printed in the newspapers… nope. Not there either.

The Government of Barbados put out a press release on a Friday that it intends to ram through a change to the Constitution on Tuesday. And Barbados citizens are not even allowed to see the wording of the amended Constitution prior to the change.

We have been treated in the last few days to a heated debate between DLP loyalists and BLP insiders as to whether or not there was a unanimous vote in parliament regarding the CWC security legislation. It seems those who were there, the people who represent us there in parliament, have amnesia. They can’t remember who voted for what. Were any of them there that day? And there is nowhere for us common folk to go to find out the truth.

And folks – that was just about a few cricket matches.

An Elitist and Dangerous Contempt For Citizens & Democracy

So now the same bunch are going to rush ahead and pass a law that is a fundamental change to our constitution, for all time, for our country and the way it operates from now until forever. No public notice, no debate, none of us are even allowed to look at it.

We have seen this before of course last year when the government rushed through the bill to amend the Highway Traffic Act. Our geniuses forgot to put in drunk driving laws, not to mention other oversights that would have been pointed out if only we had seen it beforehand. They quickly pulled it, tried to hide their embarrassment and sloughed it off as ‘just one of those things’. Right!

When a country is making constitutional changes; fundamental changes to our independent country are taking place. Can we not slow this down and let some outsiders such as lawyers and constitutional legal experts, take a long look at it? Something as important as this needs to be put up for debate and all people that are effected need to be heard from. That is the only way to get it right. That is what democracy is all about.

We would like to continue this discussion but, alas, we are prevented from knowing what our politicians are doing, or even if any of them have read it, because they won’t tell us.

No, it is a devious bunch of people who pretend to be our leaders, playing hide and seek with us. I guess they think we are too stupid to think about what might be good for our own country.

For God’s sake, Owen Arthur, put a stop to this insanity. You too David Thompson if you are part of this scandal. If we need fundamental changes to our constitution tell us why, tell us what, and let us maybe point out what you may not have thought of.

What possible harm can come from postponing this process? It can only make you look like leaders who actually believe in democracy and respect the rights of the citizens of Barbados. 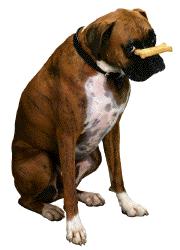 Once again, The Nation News has allowed the government to use them as a press release service. Albert Brandford’s article on the rushed and secret constitutional changes is nothing more or less than a government advertisement. The Barbados Advocate didn’t even bother to mention that, “Oh by the way, Government will be changing the constitution in a few days – but don’t worry about it”

Same with the CBC – no mention that government intends to change the Constitution next Tuesday. No questions. No debate. Nothing.

What a pathetic excuse for journalism. The Barbados media has long forgotten its duty to the country.

34 responses to “Barbados Dictatorship To Change Constitution With Zero Notice, No Public Debate, No Public Release Of Proposed Changes”